What a wild ride the last few months have been! I hope all of you and yours remain healthy, safe, and happy. We are only a few days before the November election, and opinions are strong on both sides. I hope we remember that we're all friends, love our country, and want what's best for our children, and children's children even if we don't always agree how to get there. Please take a moment and try hard to understand the perspective of the opposite side. We'll be a better country for it.

I've been severely remiss in publishing this blog over the last few months. Many of you know I have long career in mass-retail sales and marketing. Back in April I was made an offer to return to the field I couldn't resist. I'm now the Director of Retail Sales for Vulcan Information Packaging. But fear not gentle-reader, I've still got grease under my fingernails, and ATF coursing through my veins.

Today the Texas Auto Writers Association belatedly announced the winners of the Excellence in Craft Competition. The awards are typically announced in a formal ceremony at the Texas Auto Show, which was understandably cancelled this year due to Covid 19. TAWA has categories for magazine, newspaper, video, radio, and my favorite web content. Please allow me to crow just a bit 😉 For the third year in a row my content has been awarded the top prize in the Automotive web category! In fact the judge stated that two of my pieces tied for first place. This is one of my prouduest accomplishments.

And the winner is (envelope please!) Rockin' 'n Rollin' in a Rolls Royce Cullinan

I've also completed my four parts history of Gibson's Discount Center. Click below to read all about it.

READ PART 1 HERE: In the Beginning

Over the last fifteen years as this has evolved from an e-mail I sent to a few friends, to a full fledged blog with thousands of page views the format and content have been ever evolving. At one point I published in a magazine type format with multiple topics per post. For this issue I'm returning to that, so without further adieu here is GarageDlx the pandemic edition!

Many of my classic car friends can't understand my Corvair fascination. I was a fatherless kid in the late 1970's wanting a car and many of my friends had all sorts of rad machinery; none of which I could afford. At that time Corvairs were unloved and running cars in good condition could literally be purchased for a few hundred dollars. I discovered I loved working on them, and so work on them I have since about 1978. 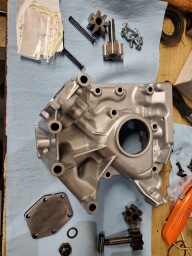 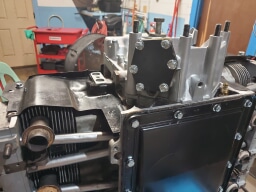 Hop in and lets go for the very first road test after she's all complete.

This 1968 Corvair convertible (shown below) and I have a history going back to 1982. The car was the property of a local mini-storage magnate. At the time he told he acquired it as payment for a loan. Someone later told me had a sideline and it was acquired  in payment for a gambling debt. Regardless at the time it was a sick little Corvair. Fred & David Bozeman, and I replaced the engine and it was soon sold...to my bosses daughter, lol. For the next decade I'd see this little car and wish it could be mine. Well a short 38 years later here she is, finally all mine. Stay tuned for the full story in a future edition. 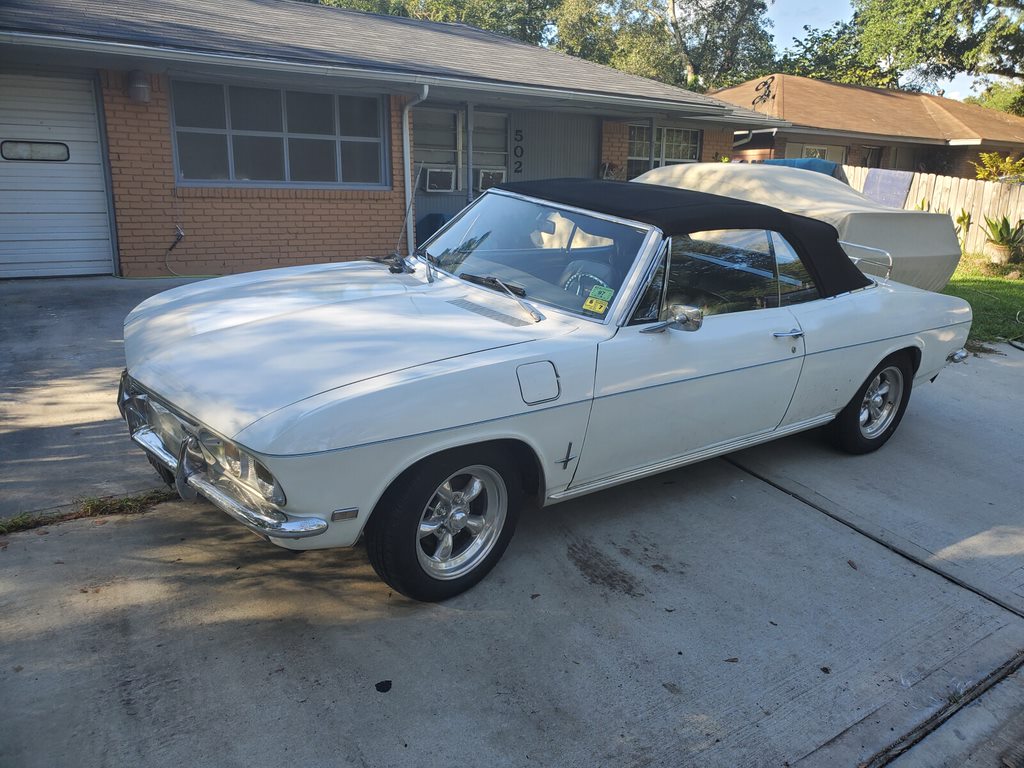 Sick Corvairs find their way to GarageDlx from all around. This one arrived from San Antonio with a dead engine, and a multitude of other problems.

My "brother from another mother" David Bozeman and I have been wrenching on Corvairs together for almost 40 years. There's no one on the planet I'd rather turn wrenches with.

I'm told blogs with pet pictures get 40% more traffic, so here we go! I think I've been spending too much time at home. I never thought of myself as a cat person, but apparently Gizmo and Felix have other ideas. This afternoon Gizmo delivered a freshly departed mouse to the front door step. I couldn't decide if I was proud or horrified. 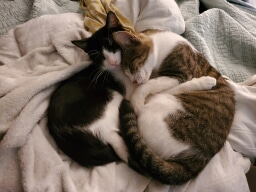 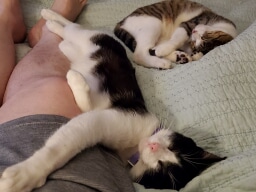 We should all try for a little brotherly love like these guys. One minute I think they might kill each other, and the next there like this. Maybe there's hope for us humans after all. 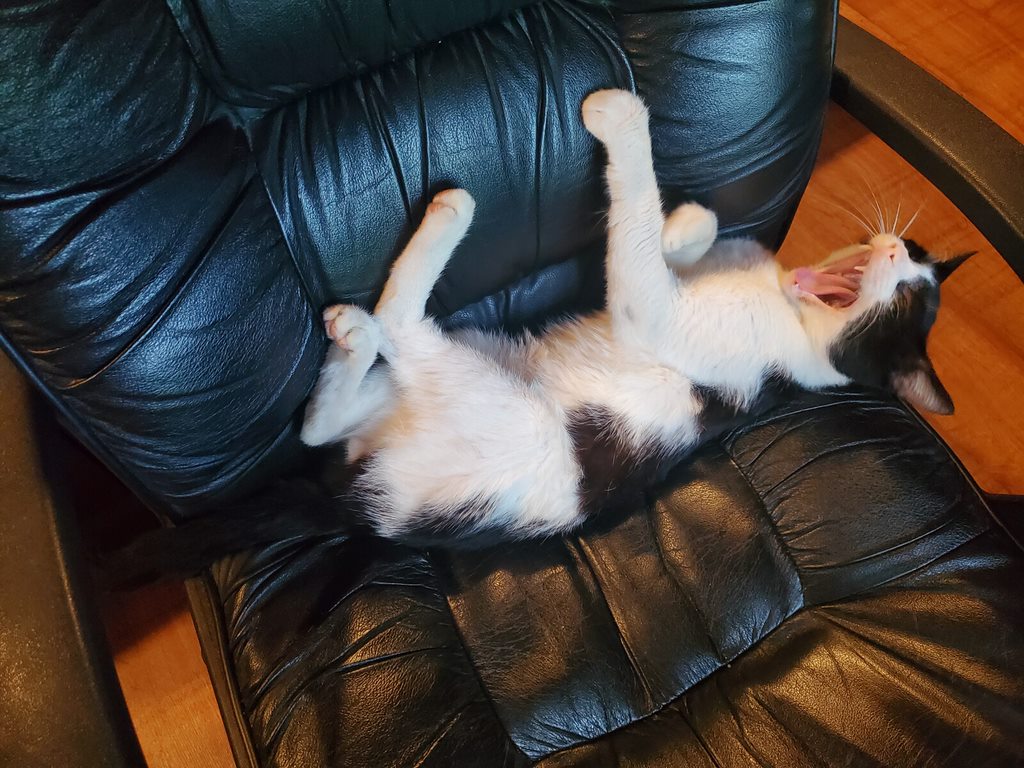 We did manage to get out of the house a few times over the summer, masked and socially distanced; we still managed to have some fun. Our first outing in months was the June 12th Cotton Gin Festival in Burton, Texas. The festival had been reschedule from earlier in the Spring. There were fewer participants than normal but we had an enjoyable time. 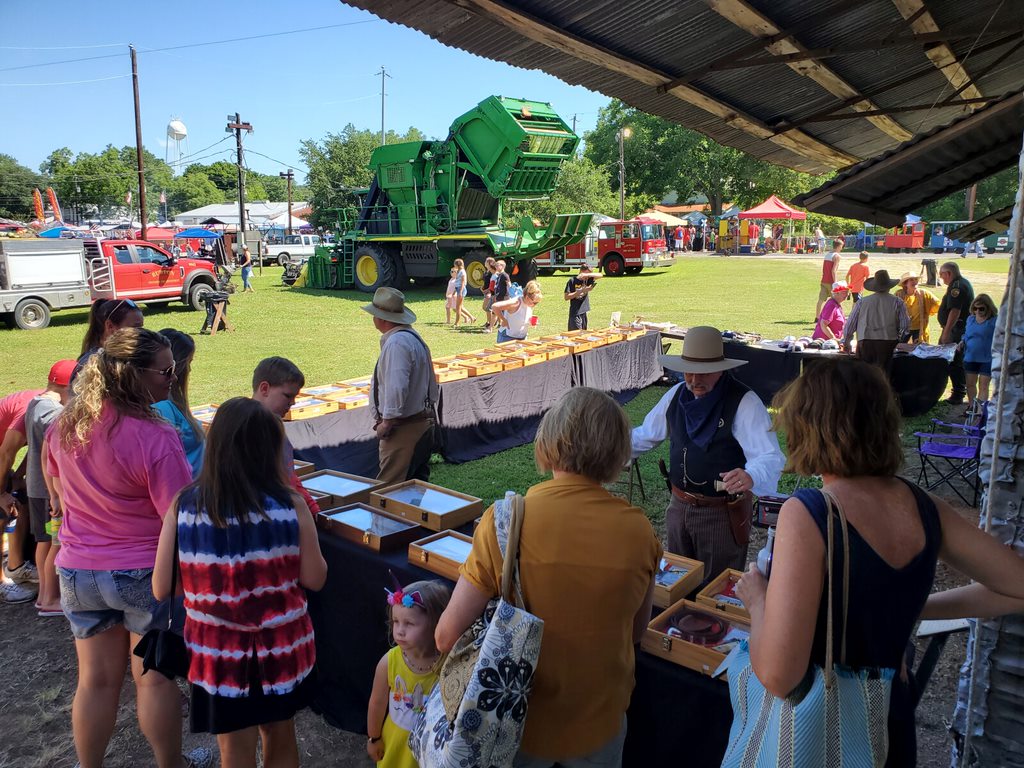 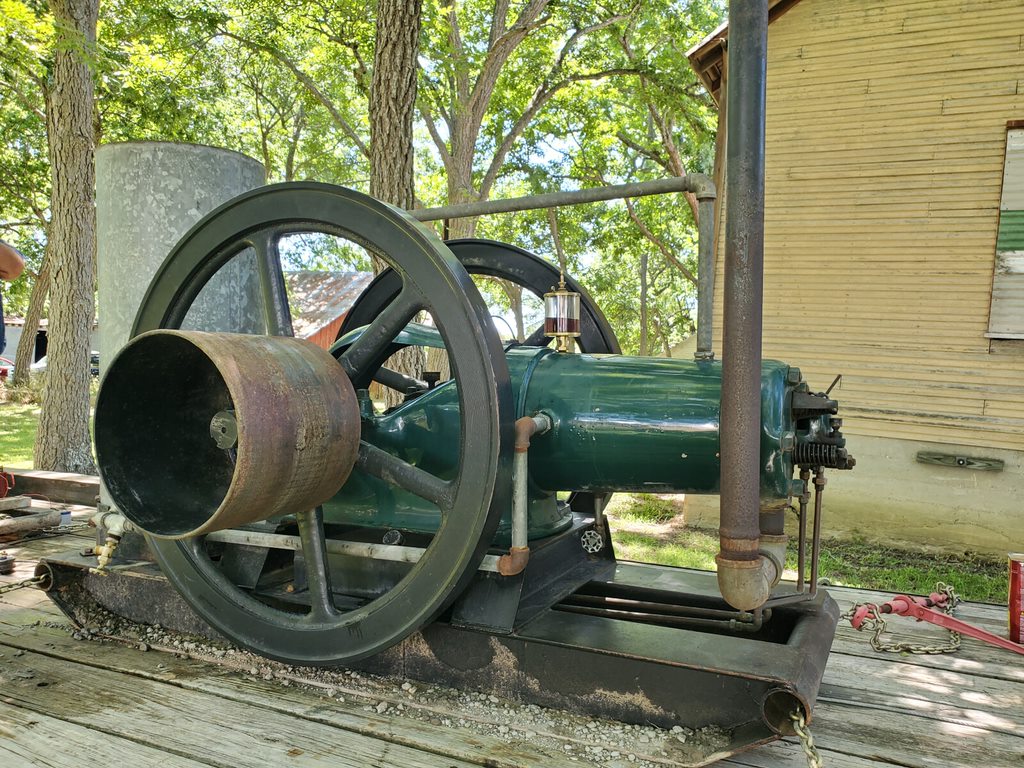 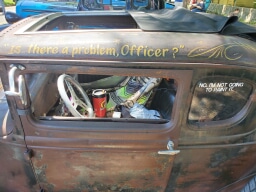 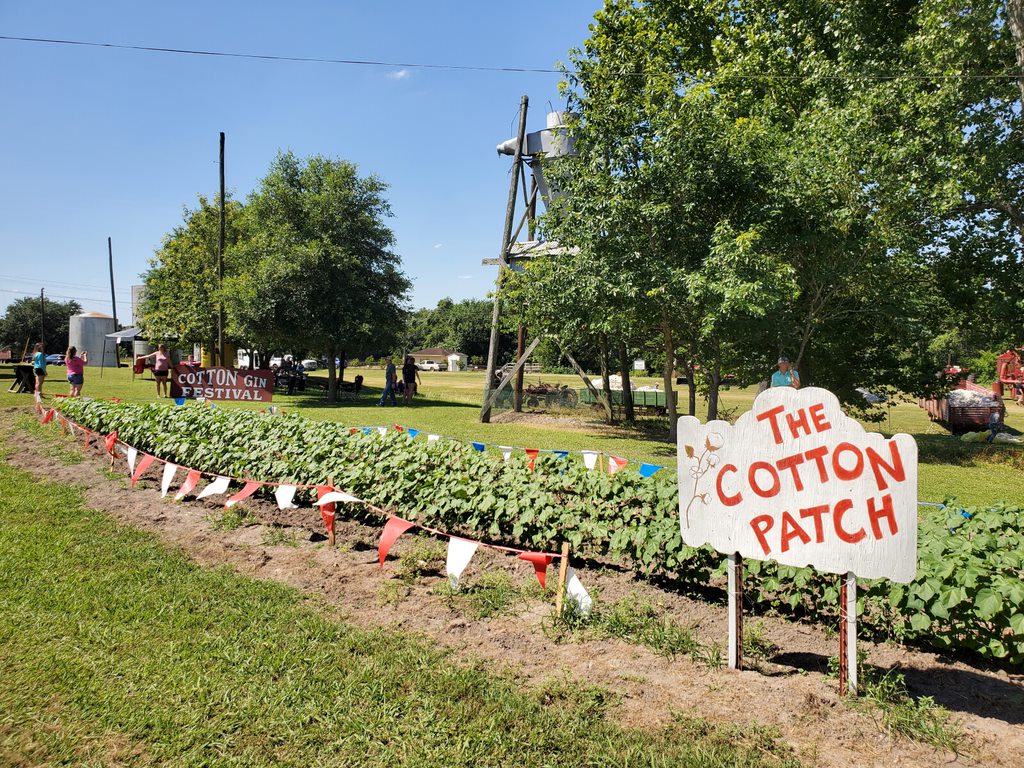 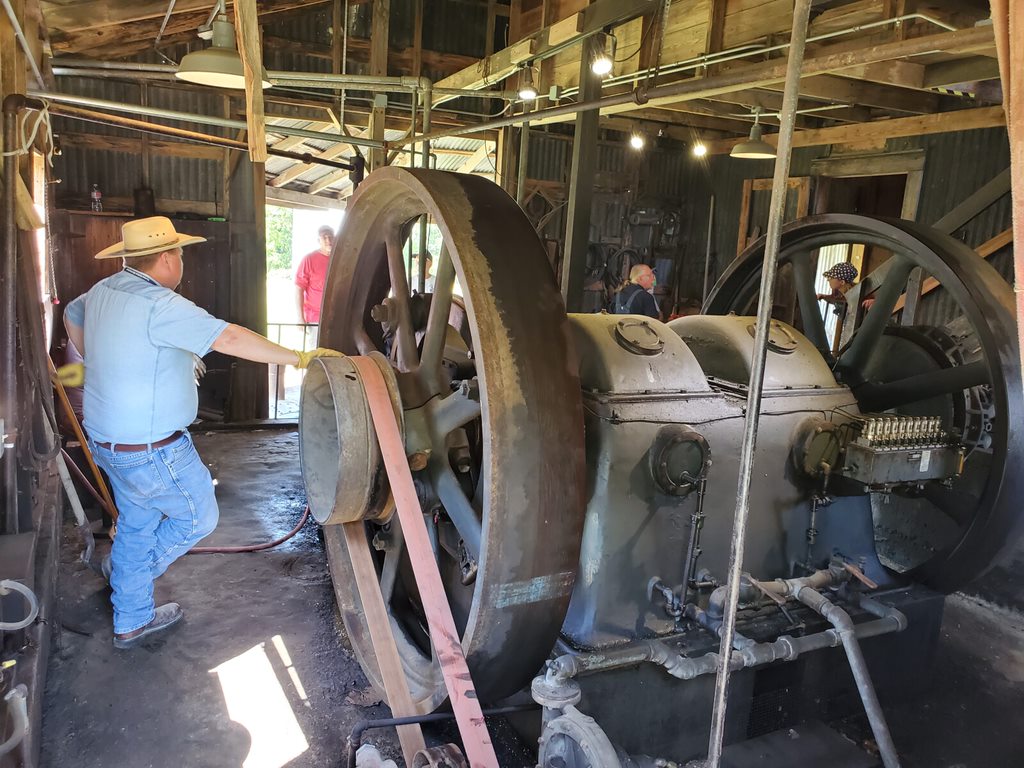 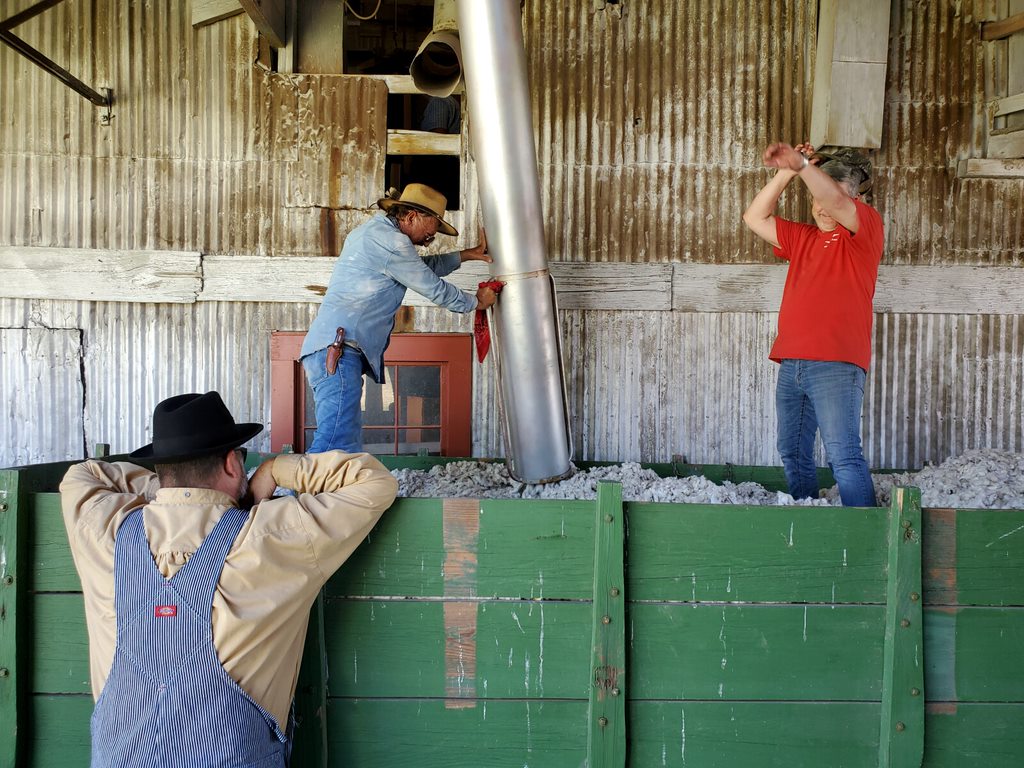 Our good friend and neighbor Bill Thomas organized a July 4th tour of Grimes county. What a great way to spend a summer day, good friends, and good cars. 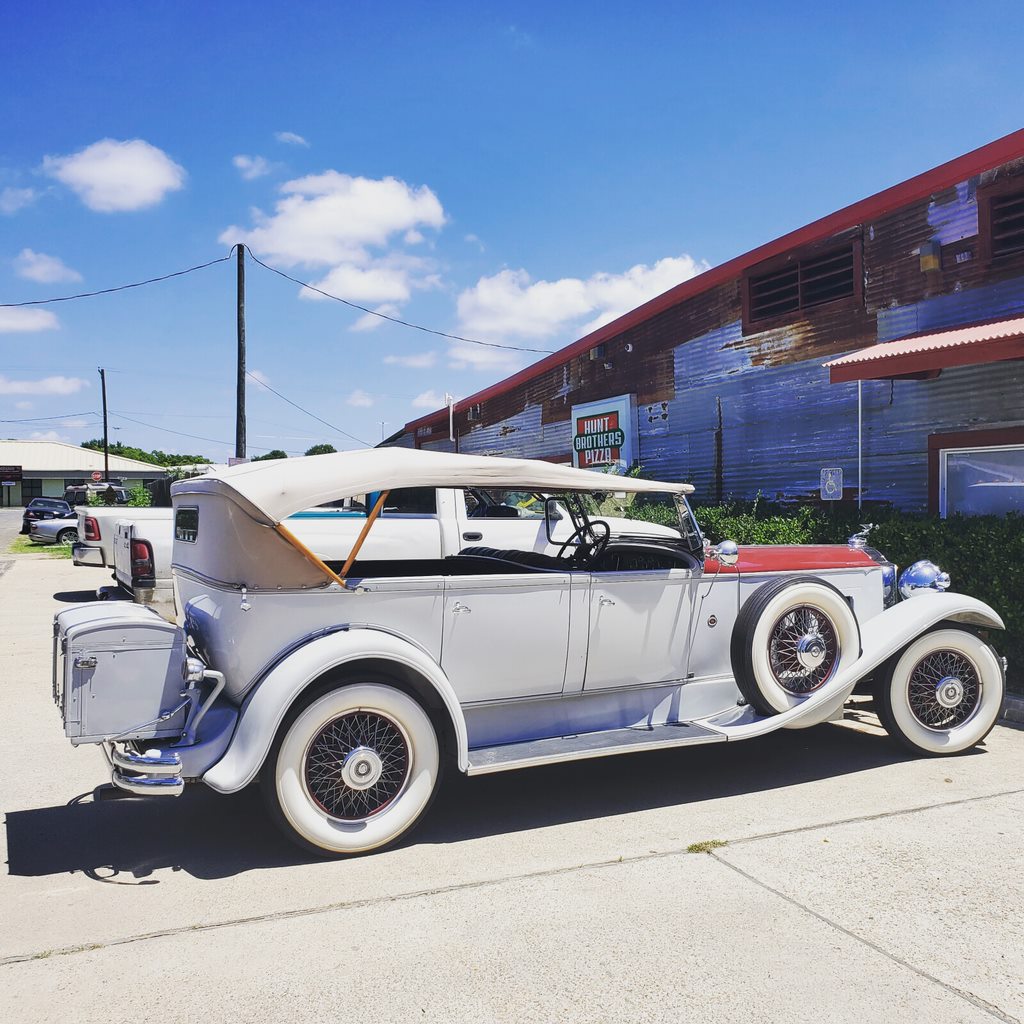 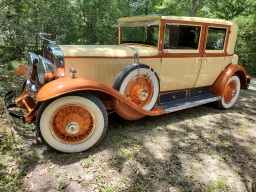 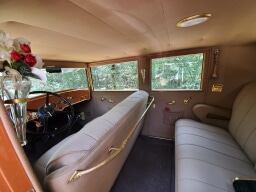 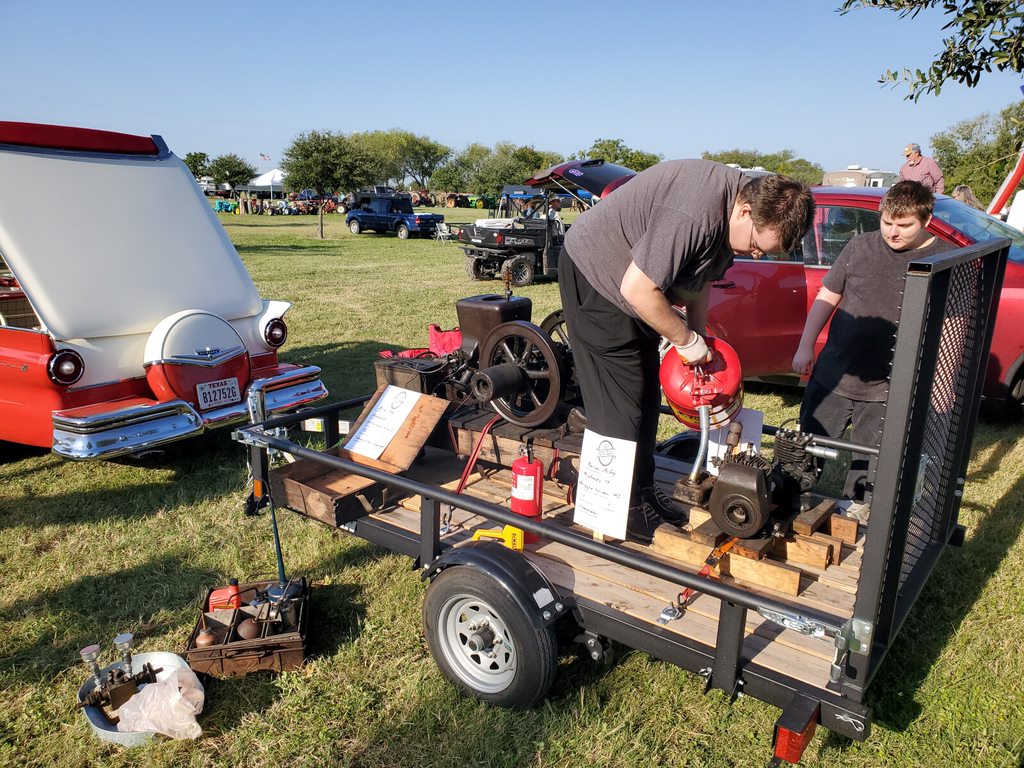 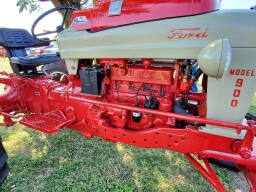 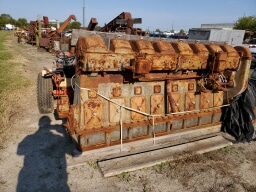 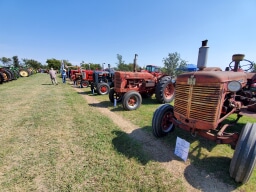 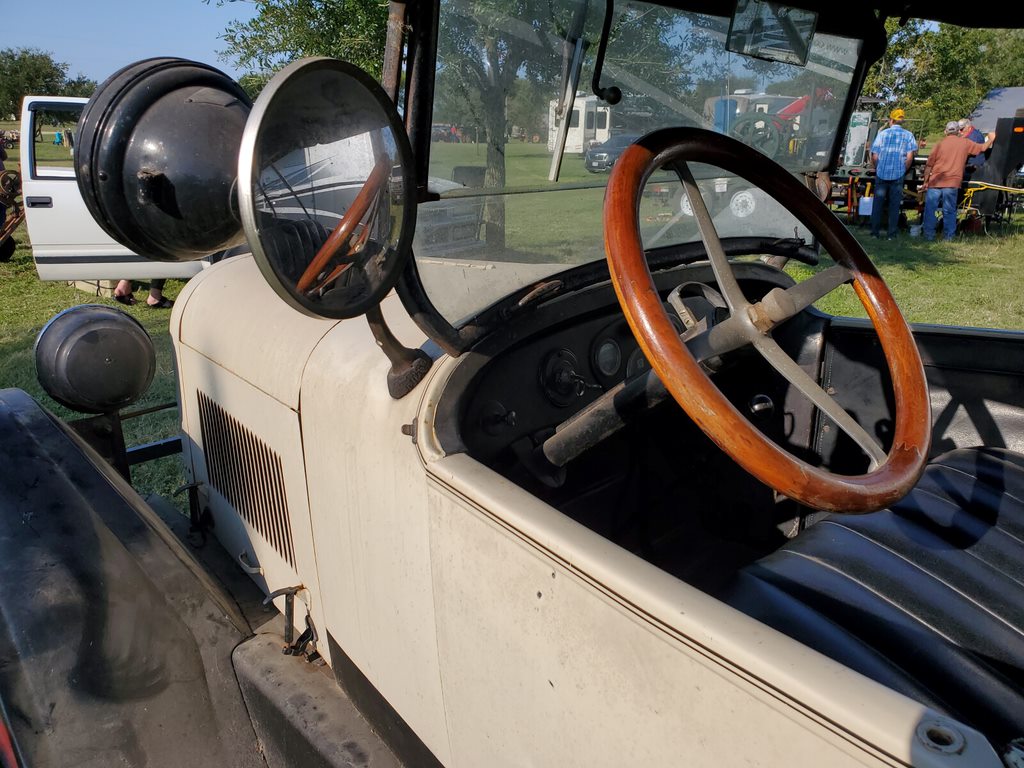 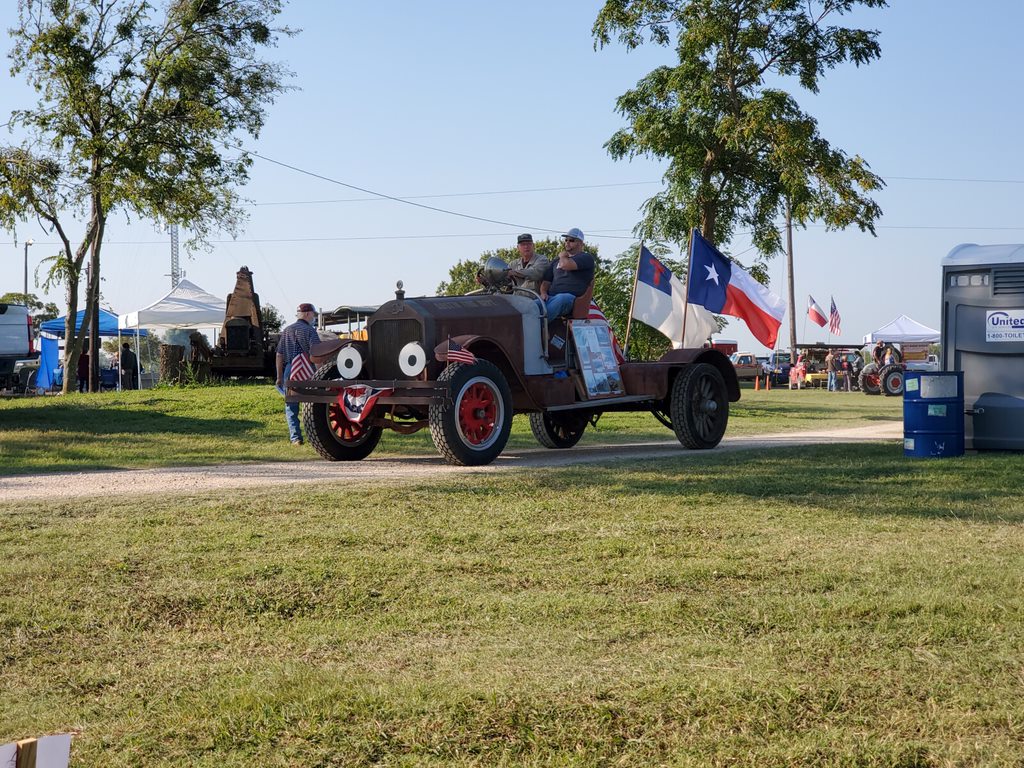 The passing of some good friends 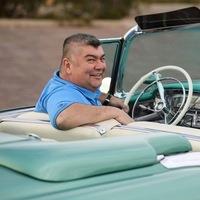 If you attended an classic car auction hosted by the Kruse family or Worldwide Auctioneers, you likely knew John Aguillard.

He was a graduate of Central Catholic High School and St. Mary’s University.  John was the owner of the Wisdom-Group.

Art Jansen was a fixture on the local classic car scene. He had exhibited cars at Keels and Wheels Concours d'Elegance, and was a fixture at local cruise-ins.

Arthur Gordon Jansen, public insurance adjuster and long-time resident of Lake Conroe, passed away unexpectedly on July 12, 2020, at the age of 81. He was born on March 17, 1939 in Kearny, New Jersey to Arthur and Isabel Jansen. As a devoted husband, father, grandfather, and great-grandfather, everything he did was for his family. Art is survived by his wife, Janet Jansen and beloved dog Camie; son Art Jansen Jr. and wife Melissa, daughters Deborah Wheeler, Patricia Smith and husband Russell, and Doreen Jarvis and husband Kenny; step-daughters Lisa Talcott and husband Greg, Laura Albers and husband Chris, and step-son JD Cikut; grandchildren Sarah Logsdon, Logan Smith, Zachary Jarvis, Kelsea Puckett, Mathew Wheeler, Jessica Portwood, Emily Jarvis, Artie Jansen, Trevor Smith, Sam Wheeler, Jeremy Jarvis, Heaton Talcott, Ryan Albers, Wyatt Talcott, Aiden Albers; great-grandchildren Jackson, Mason, and Hudson; sisters Gloria Riccardi and Isabel Bosco; sister-in-law Vicki Stansbury and husband Steve. He is preceded in death by his parents, Arthur and Isabel Jansen and first love and late-wife, Sarah Jane Jansen. Art grew up in New Jersey, where he attended Butler High School and was a star football player. In 1960, he married his high school sweetheart and built a loving family while moving between New Jersey and New York. In 1978, Art moved his family from New York to Houston and opened his public adjusting firm, Jansen & Co., with two employees and a desire to guide policyholders through overwhelming insurance claims. Under his leadership, the company steadily grew and became Jansen/Adjusters International, which today is one of the largest and most successful firms in the country. Throughout his career, Art was a charter member of the Texas Association of Public Insurance Adjusters, becoming its president in 1986. He also served as a board member for the National Association of Public Insurance Adjusters from 1990 to 1992. In 2009, after 31 years at the helm, Art retired, an icon in the public adjusting industry. Art and Janet enjoyed an adventurous twenty-seven-year marriage together after tying the knot in 1994. The two of them enjoyed traveling, socializing with friends, and big family get-togethers. Art and Janet eventually made their home on Lake Conroe in the Bentwater subdivision. They both became highly respected and active members of the community, creating a large circle of beloved friends. During retirement, Art dove into his hobbies and interests with unbridled passion and energy. Folks could always find him at his “Car Barn,” either tinkering with classic cars, buying and selling real estate, or even mowing fields on his tractor. Art was always more than happy when an old friend or curious stranger stopped to ask for a tour of his prized car collection. Never shy about taking on a new adventure, Art recently adopted a loving and friendly goat named Hank.

Here is the new Riley homestead; Valley View Farm in Richards, Texas on FM1486 near the intersection of FM1791. Later this year this will be our new residence of GarageDLX, and the Garage DeLuxe studios. 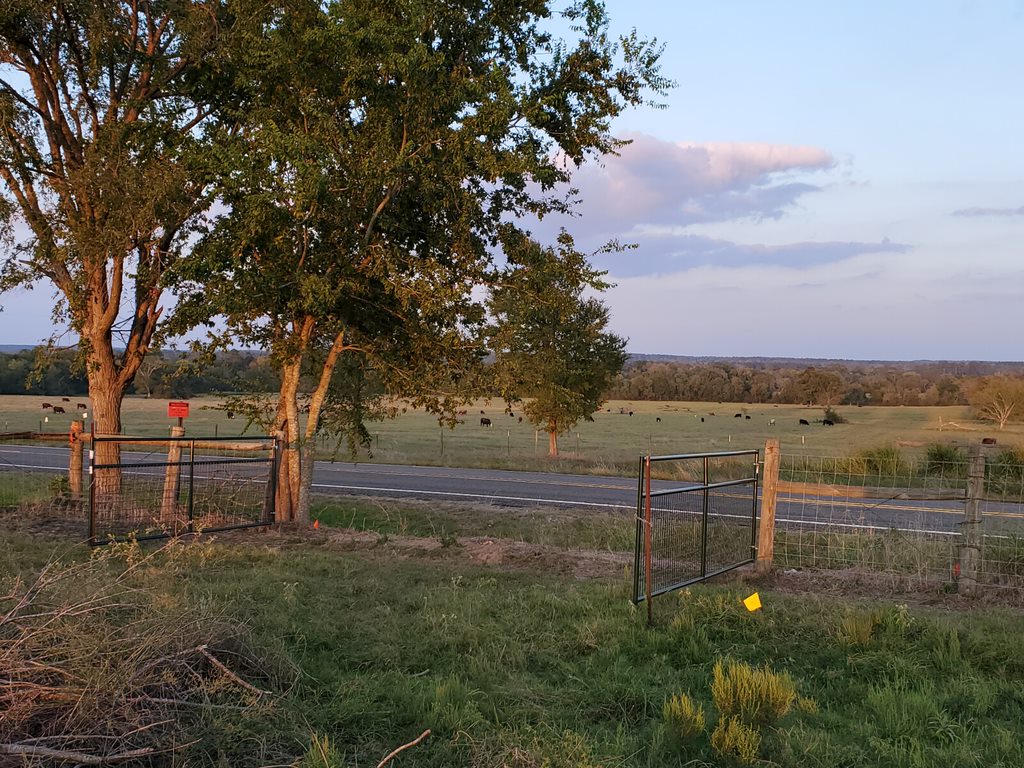 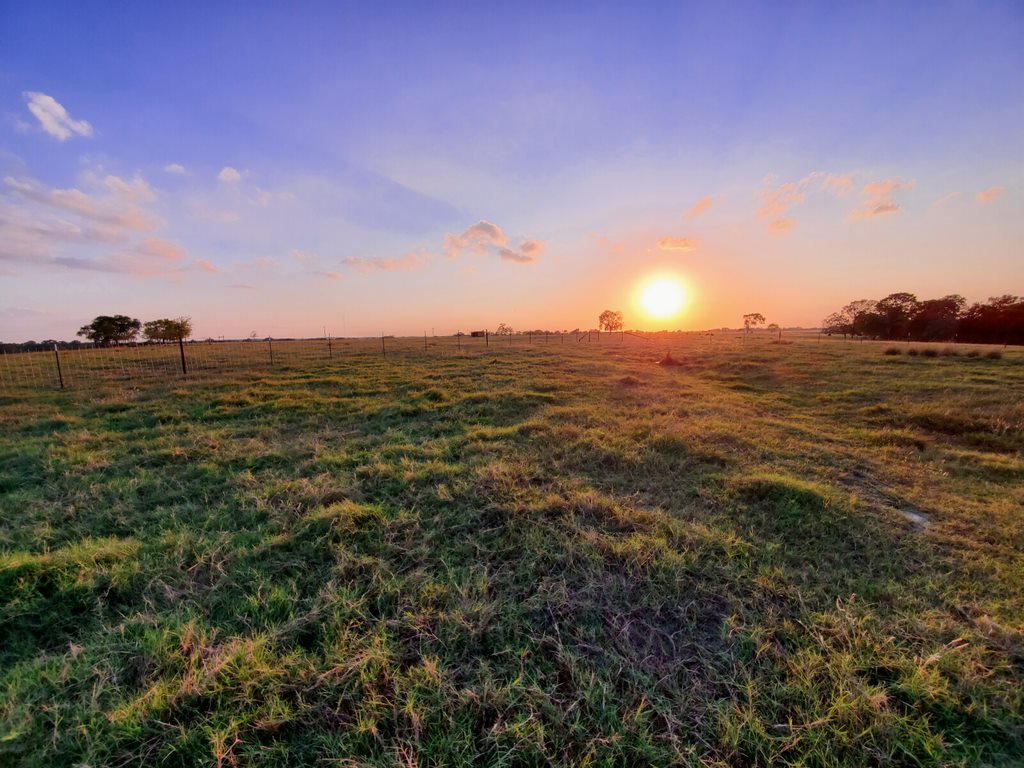 I actually wrote the following last Spring, but never published on the blog until now.

A little perspective on our current situation. My father was born in 1911, and my mother in 1926. He passed in 1973 and my mom in 2016. During their collective lifetimes they lived through the following, plus much more.
The 1918 Flu Pandemic, WWI armistice, his 1926 army enlistment (he lied about his age and enlisted at 15 years old!) the 1929 stock market crash, the Great Depression, Rise of Nazism, Pearl Harbor, WWII, D-Day, Hiroshima/Nagasaki, The Korean Conflict, McCarthyism, the Cold War, Berlin Airlift, Bay of Pigs, Cuban Missile Crisis, Vietnam, Assassinations, Watergate, rampant inflation and runaway interest rates of the 1970’s, fuel crisis, death of a son to the AIDS epidemic, crash of the oil business, 911, the great recession, premature death of a daughter, sickness, on and on it went. Regardless of all of it they kept their heads up and proudly did their parts for family and country.
We are being asked to sit a few weeks in our homes while we binge watch some tiger guy on Netflix with a bad mullet as we eat twinkies, and hot pockets, and drink our Chai tea, or Coke Zero’s. Yes, there is going to be economic pain for quite some time, and your stimulus money isn’t free. The government borrowed in your name, and we all will have to pay it back with interest. We are fortunate to live in a country where our government has the wherewithal to help us weather this storm, and the pain can’t compare to what our parents and grandparents lived through. We are unlikely to see famine, or widespread violence in the streets of our country.
In every one of the instances I mentioned above there are those that promised quick fixes, magical panaceas, and quack cures. We’ve had visionary leaders, corrupt crooks, and well-meaning idiots leading our country. We need to all gain a bit of perspective, love and respect one another, and listen to the scientists and experts not those giving anecdotal accounts or mystical advice of how to weather this storm and stay safe. If we need to sit home for a while longer to save lives and end this pestilence it seems to me a small price to pay compared to that of our ancestors. If we work and strive together all will soon be fine. Stay safe, love and respect one another. May God continue to bless our families and the United States of America.